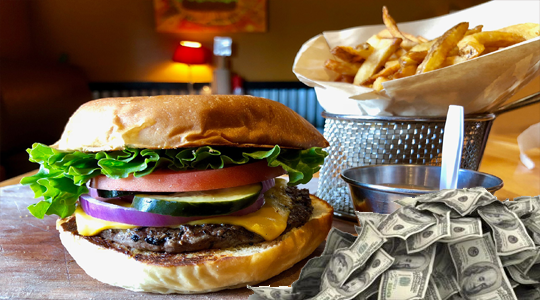 While jobs remain sparse, potholes litter the commute, emergency services are forced to beg for funding and the homeless problem continues to go unaddressed. Yet, one heroic local burger shop is taking a stance against non-organic produce, pink slime and non-craft beer.

Mark Moneybags moved from San Francisco, California to Dirt Curve, Oregon, a rural farming town, with one mission: to bring his nineteen-dollar burgers to people who have been growing their own steaks for decades.

"Im not doing this for any other reason than to flaunt my own wealth," Mark told Saucetown. "I haven’t had one customer since we opened last year, and it’s fantastic. The locals disgust me."