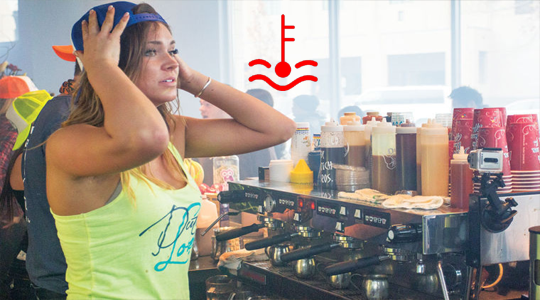 After a rapid-fire series of inquiries regarding how her customer’s day was going, plans for later and preference regarding whipped cream, Dutch Bros barista Jaxton Taylor became overheated and shut down, before being rushed to a nearby Pac-Sun, to be refurbished and sent to another stand.