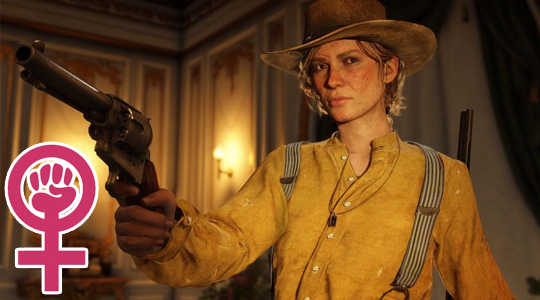 While developers initially anticipated a significant amount of backlash from progressive media, figureheads for the feminist movement have recently gone on record as stating that the new video game is "in no way problematic."

"After thorough examination, we feel that the racist dialogue, lack of minority representation and graphic violence directed at Native Americans in RDR2 presents a realistic depiction of the American west," video game journalist and feminist Anita Sarkeesian told GamePro last week. "To alter anything would be insulting and condescending to the adults who enjoy these games, the vast majority of whom are able to differentiate between fantasy and reality."

In an attempt to avoid backlash from loyal consumers, a spokesperson for Rockstar Games assured fans of the series that additional, free DLC will be developed to ensure a boycott from media outlets. "We may just have to give the Indian girls bigger boobs or something, otherwise, we will lose serious revenue due to the lack of outrage surrounding this franchise," a spokesperson for Rockstar told Saucetown. "Maybe we can add a feature where the player can smoke a blunt with Chief Joseph or something. To be honest, we're just really hurting for bad press at this point."