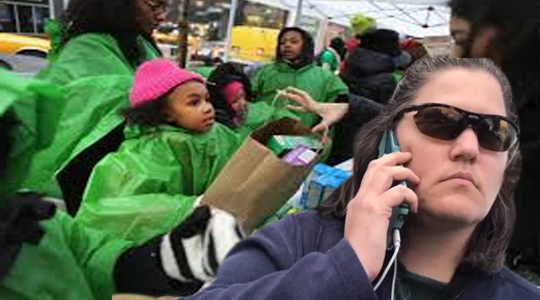 An African-American child was reported to have been soliciting snack foods to residents near the 5600 block of Caucasian Heights Road in West Linn, Oregon, according to area police.

The child, described by 44-year-old West Linn resident Barb Taylor as "intimidating, possibly violent and definitely illegal," is said to have been accepting cash in exchange for shortbread cookies and candy-coated mints.

A lawyer for the six-year-old child states that an organization called "Girl Scouts" is behind the supposed snack food racquet, and that said organization pressured the child into selling product. However, Barb does not see this as a valid excuse. "I just don't feel safe in my own backyard anymore," Taylor told Saucetown.