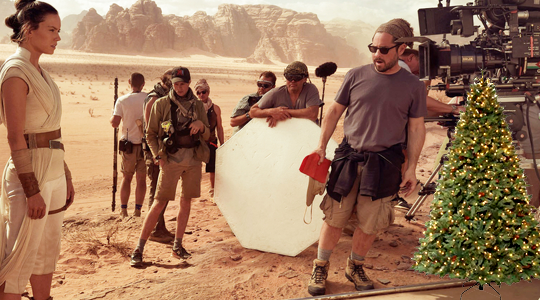 Fans of the latest and last installment in the Star Wars franchise will be pleased to know that the film is almost two-thirds of the way done and on schedule for its release, but audiences will have to wait nearly a month to see it.

"We are proud to announce that the closing chapter of the world’s most beloved science fiction saga and the greatest franchise of our time is, for the most part, pretty much done, in terms of all the important stuff," director J.J. Abrams told Saucetown.

"Sure, we’re not quite done fleshing out some of the more subtle parts of the story or deciding on whether or not we should include a few characters, but I’m not ready to give away spoilers just yet. We still have hours to figure all that out."