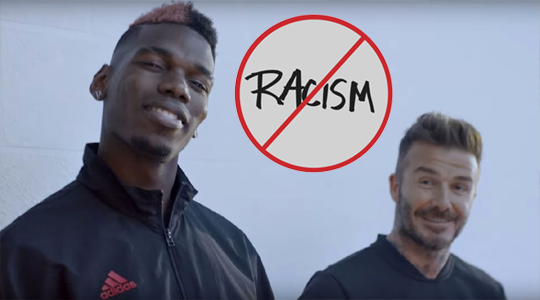 As of Sunday, February 3rd, 2019, racism is no longer a thing, thanks to a polished, woke advertisement from Adidas.

In the thirty second ad, a Ku Klux Klan member is seen reaching for a can of gasoline to light a cross, at which point his neighbor says, "Hey, dude...that’s not okay," prompting the Klan member to rethink his bigotry, drop the gasoline and buy a pair of sneakers.

According to the latest reports, instances of racism have dropped by nearly 100% since the ad aired.

Sadly, Bed Bath & Beyond was not as successful with their God Is Watching You Pee campaign, which was intended to end the issue of men leaving the toilet seat up.