CELEBRATION OF MASS MURDER TO INCLUDE VEGAN TURKEY OPTIONS 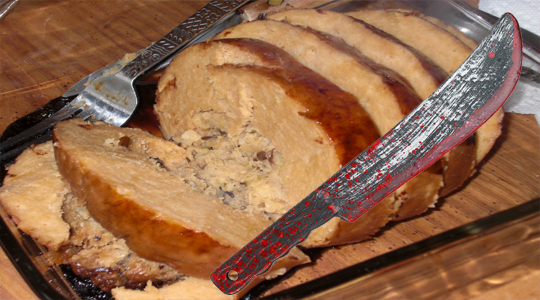 While many Americans are gearing up to celebrate the mass genocide and extinction of their country’s indigenous population, several progressive households are making sure that they don’t act like savages, choosing instead to consume soy-based, vegan, turkey-flavored tofu, with raw kale from Trader Joe’s.

"If consumers had any idea what kind of torture and organized bloodshed that actual turkeys have been through, they wouldn’t be celebrating a damn thing," one concerned vegan told Saucetown, while eating leftover Halloween candy corn that he obtained after winning a costume contest dressed as Sacagawea.