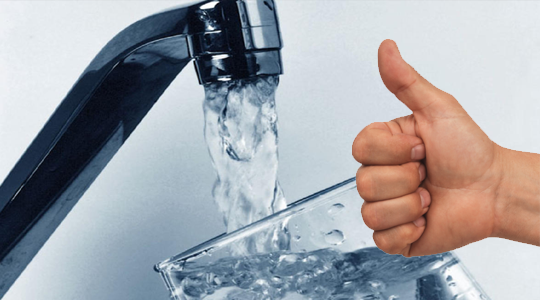 The mayor encouraged residents to "just go ahead and drink it," adding that he "wouldn't exactly go bathing babies and pugs in it just yet, but...well, actually, yeah..it should be safe."